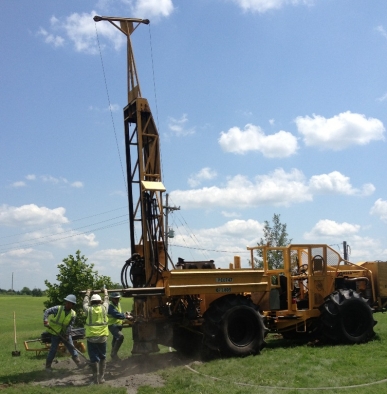 JSR upgraded the HVAC systems of 3 buildings to higher efficient systems including the use of a geothermal system. The existing central steam plant supplying Building 129 with HVAC was decentralized and decommissioned in favor of a ground-source heat pump system utilizing the natural thermal properties of the earth to serve as a medium for the transfer of energy in order to efficiently heat and cool base facilities. The geothermal well field consists of 40 wells at 400 ft depth each, placed strategically around the building. A new Direct Digital Control (DDC) control system was installed and connected to the existing Base Utility Monitoring and Control System (UMCS).